I grew up in an orphanage and I lived there until I was 8 years old. 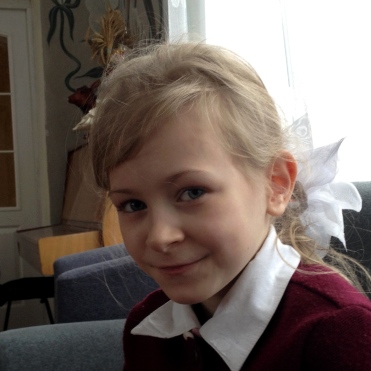 Sometimes I would be sad because my old parents left me in the hospital the day I was born. If I could, I would ask them why. I never felt unwanted, but just sad to not be part of a real family. The hardest part about living in the orphanage was not having any freedom. They did not let us go outside that much and we were stuck in that building for life. It was boring and the same day after day. I shared my bedroom with about 15 other kids. 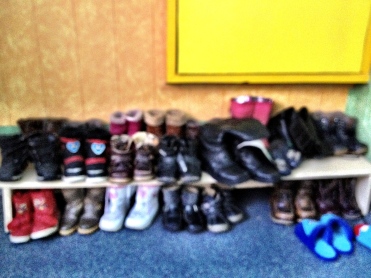 A young girl with blonde hair took care of us. She spent lots of time braiding my hair. 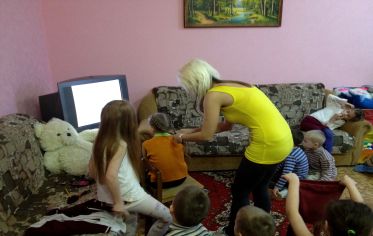 During the day I went to school in the orphanage. I liked math and recess. At recess we would pick apples and eat them even though they were not ripe.

At around 6 I realized that kids were disappearing. They were being taken away. I wondered where they were going. I saw families coming and going and a friend told me that she had a friend who disappeared and had been taken by a family. We thought it was a little scary like kidnapping. But at the same time maybe it was a good thing because it could lead to a better life. When a family would visit the orphanage there would be lots of talking about it. I came to the point where I wanted to have a family too because I wanted to have freedom and to be loved by somebody. One day I got in trouble for not listening when I was told to stand facing the corner and not look back. I had been yelling at a kid for grabbing my doll. Well I looked back and ended up locked in the bedroom. I stood there crying and prayed to God. I said ‘God please give me a family’. I wanted to get out of there. About 6 months later the principal came to get me and told me I was going to meet a family. I was so happy to meet a real family but I did not know they were for me. I thought they were just visiting. I had never been visited by anyone before. Not once in 8 long years. I slowly entered the room and saw a man and a woman waiting for me. We played games on their iPad and also played in a sticker book. It was fun. It was weird though because they could not speak Ukrainian, but they could speak broken Russian. The visit ended and they left. I was happy because I got to play with a family. I was sad when they left. The headmaster of the school told me that the family was going to come back to get to know me. A few weeks later they were back. They came to the orphanage every day to visit me and to play with me. After a few visits the headmaster told me the family was going to adopt me. I was so scared. I did not know these people and I didn’t know if they were good or if they were bad. I was also maybe a little happy because I could have someone to love and have a real family of my own. I still remember my adoption day. I was terrified and I did not want to go. I stood in the corner and screamed.

They told me that the man was going to take me out for a while and bring me back but I knew they were lying. I knew this was forever. I was not really thinking, but I knew I was never coming back here. I had no idea where I was going. My caregiver walked me out of the orphanage forever and my new dad carried me to the car. 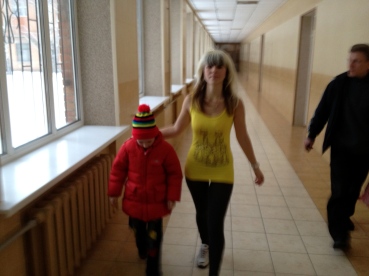 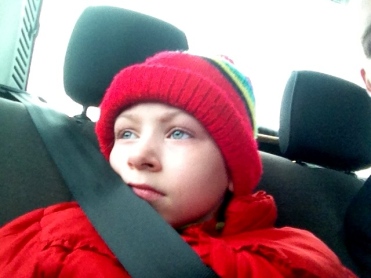 I was angry and scared. It was a cold day. We drove to Kiev and I spent the next couple of days in an apartment with my new dad. I got to know him by playing tricks on him and shaking up the soda bottles. I also did a lot of screaming. I was totally freaked out because I was going to a whole different country. I traveled to America in my first plane ride. It was pretty cool. They had TVs and the chairs leaned back.

Then we arrived in America and I saw my brother and sister for the first time but I was in too much shock to care or even look at them. I was exhausted and my entire life was gone.

Then I began my long journey adjusting to American life.

I still remember my first night in America. I went to bed in the top bunk with my new sister and brother in the same room. I rocked myself to sleep. I missed the orphanage. That night I was thirsty so I got out of bed. I started drinking out of my sleeping sister’s cup. It was milk so I moved on to my brother’s cup. He had milk too. Climbing back up to the bunkbed I fell on the floor with a crash and started to cry. Dad came in and got me and we watched a Ukrainian kid’s show DVD. After I calmed down he put me back to bed. It was a rough first night. There were lots of things to get used to in America like money. I earned my first dollar sweeping the floor for my mom. 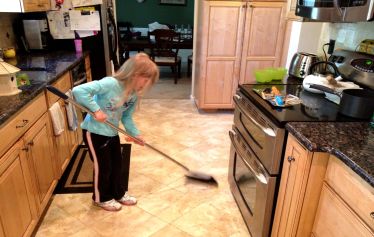 In the orphanage I never touched money so having my own money made me feel powerful. My first sport was learning to ride a scooter and after that a bike. Learning to ride a bike was hard and finding my balance was hard.

I also learned to swim. I had never swum before and it was scary. I thought I was going to drown, but I liked it because the water was fun.

Having parents is hard because they are bosses who are always around. Sometimes I do not like the choices that they make. I was also very mean to my parents because I was very angry about many things and adjusting to a new environment. I feel bad about that sometimes. The good part about having parents is having someone to talk to and share my feelings with.

They are also someone to love. Love comes hard for me though because the thought of being rejected scares me. Sometimes when I am with my dad in the store and he sends me off to shop for something I make sure he is still going to be there when I get back. I say ‘Dad, you are still going to be here right?’ The very best thing about being in America is not being stuck in the orphanage. I am free. Having a brother and sister is sometimes annoying because they are not mature sometimes. I do like having a brother and sister though because I always have someone to play with. America has brought lots of new experiences to me. Many of these are scary like my first time riding an escalator, to my first roller coaster, to skiing, to swimming with the sting-rays. My dad calls me his first-timer. Back in Ukraine I never thought I would do things like that.

Note from mom and dad. It is great to see Khloe come full circle and make her own blog post in her words. Khloe is definitely a work in progress and has been 2 steps forward and 1 step back for many years. On any given day or hour you can be amazed at how far she has come, and painfully aware of how far she still needs to go. For the full day by day story of her adoption including how we almost missed her, the early hard (and sometimes hilarious) days ,and the growth since then you can read here.

Khloe is now a complex combination. She is not the same fractured little girl that we adopted 5 years ago. 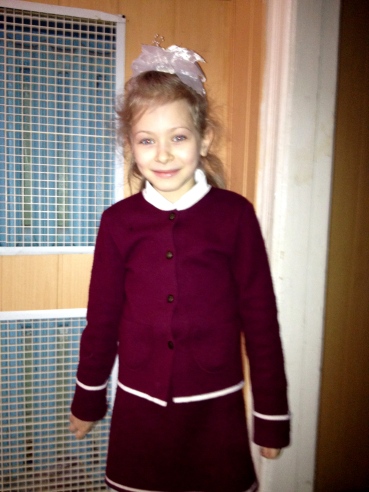 She is also not the fully Americanized teenager she sometimes appears to be. She is a mix of the two on any given day and still finding her way.

Khloe: All in all, my crazy adoption experience was magical because having a great family changed everything for me. I am still a work in progress because I am still learning many things, but I know I’m on the right track. My advice to any kid being adopted is that it will change your life for the better. If anyone has questions about my journey respond in the comments and I will be glad to answer them! 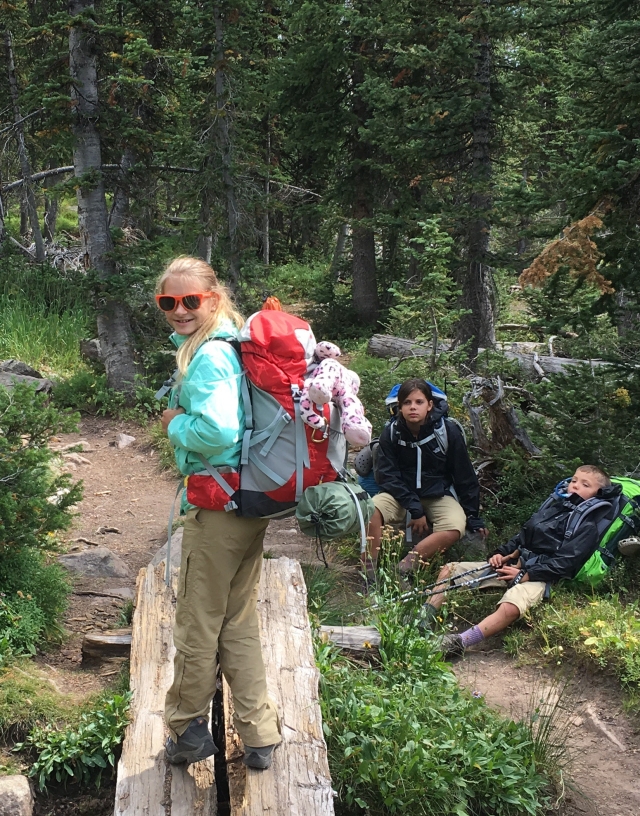